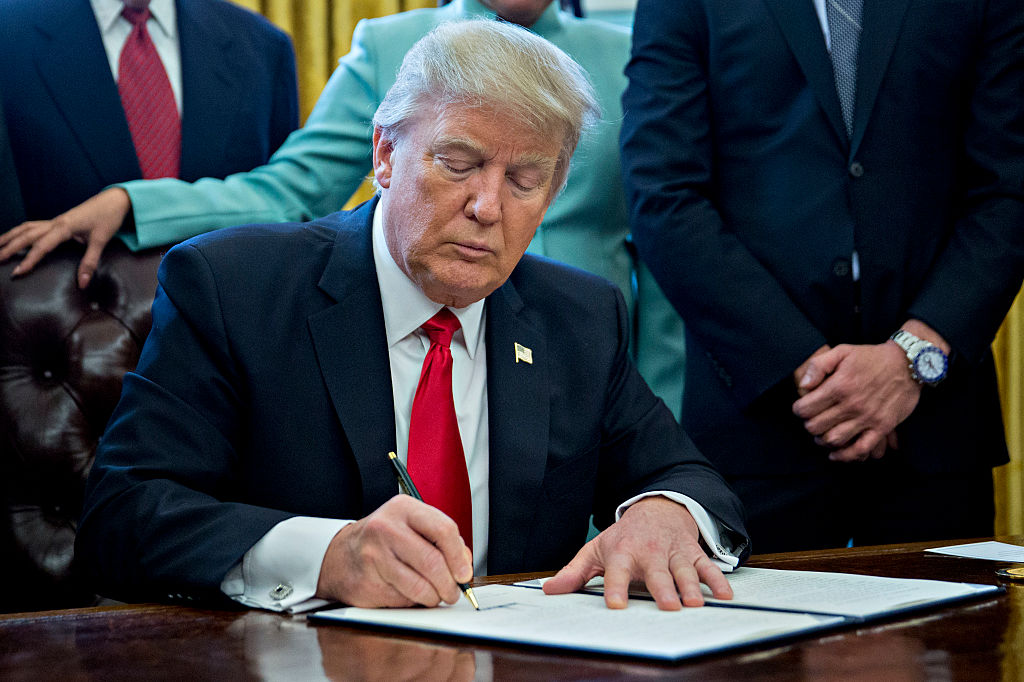 Are you there, America? It’s me: Kellyanne. So, a lot has happened since the inauguration. I am happy to announce that there have been no repercussions or voices of dissension thus far on any of Red’s executive orders. He has successfully demonstrated that he has a huge swinging d**k painted in nothing but red, white and blue.  ‘Merica!

So, I know a lot of you were concerned about all those refugees fleeing from their worn-torn countries in search of a better life in America (you know, that thing that some liberal pu**ies think America is for), but the time for concern is over.

According to the most recently available alternative fact refugees from Syria, Yemen, Sudan, Somalia, Iraq, Iran and Libya are responsible for over 614,348 American deaths every year. The time for that is over, thanks to the wide, massive stroke of Red’s pen.

It’s a magical time to be alive and an American. White American.